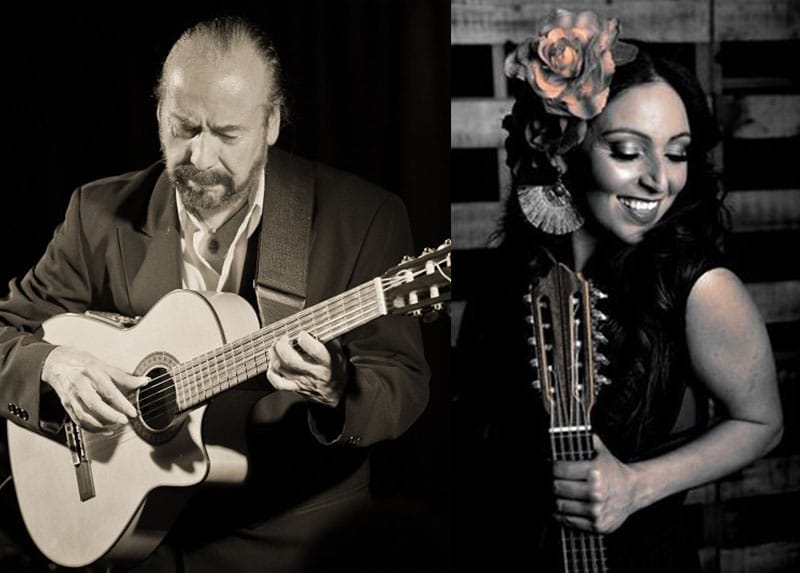 Don’t miss two legends of Latin together for Newcastle Fringe!

Victor Martinez Parada is recognised as one of the world’s finest classical Latin-American avant-garde guitarists. From Santiago, Chile, the accomplished performer and composer has an extensive list of music in his repertoire, ranging from classical and South American folk to avant-garde. By listening to his fantasies on pop tunes such as Stevie Wonder’s ‘You Are The Sunshine Of My Life’, Daniel Alomia Roble’s ‘El Condor Pasa’, Laura Branigan’s ‘Self-Control’ and Harold Arlen’s ‘Somewhere Over The Rainbow’ you will understand not only how music has shaped him but also how he has shaped music. He is a musician’s musician who plays from the heart. ‘The Chilean Hendrix’ – Syke On Stage.

Lilian Guerrero, a versatile singer and songwriter in the vibrant Sydney Latin music scene, plays cajon, guitar and charango. Formerly with the Award-winning Show Band Salsa Kingz, now a soloist, Lily brings her folkloric touch to a range of cover material and original compositions. ‘My passion is for the culture and life of the song.’