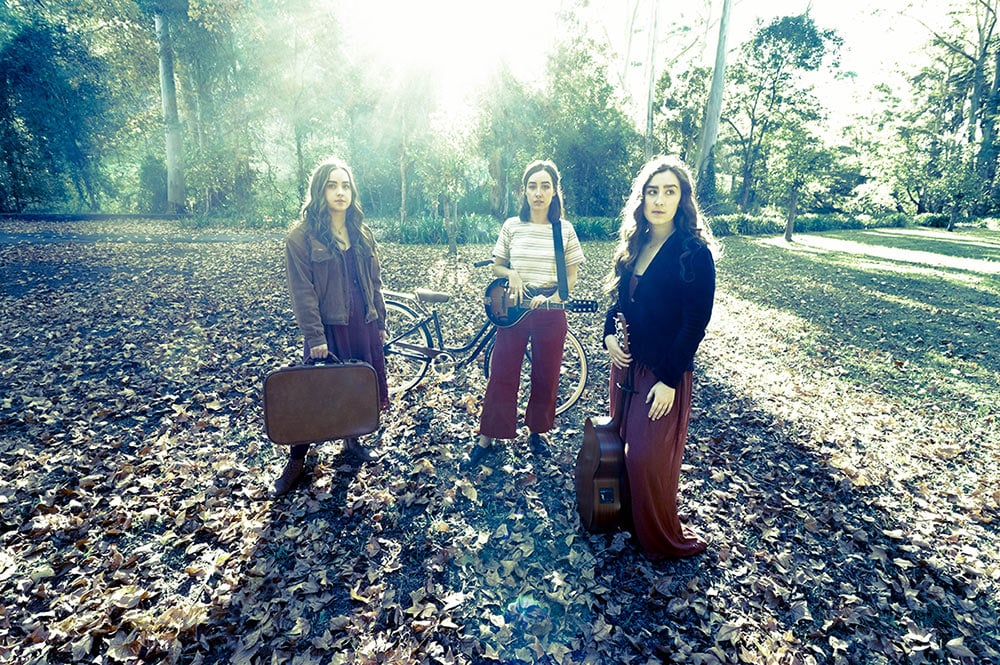 ‘Little Quirks’ headline this all-ages gig in the Dungeon at Adamstown Uniting Church. A trio of two sisters (Abbey and Mia Toole) and cousin (Jaymi Toole), Little Quirks play lively folk/pop full of vocal harmony. Supported by ‘India and the Journey to the East’, Edda Srey and Jasmine Pearl (solo). Part of the 2019 Newcastle Music Festival.

Doors open 7pm for 7.30pm start. Purchase tickets online through trybooking or at the door. Tickets are $10. More event info at: facebook.com/lofi.dungeon

Lo-Fi is a collective of musicians working together to cater to the all ages music scene in Newcastle. Lo-Fi supports the local music by providing a safe space for musicians and artists to perform using top of the range equipment.

They say something special happens when family members sing together. Central Coast trio Little Quirks are doing a lot to substantiate that theory. Sisters Abbey and Mia Toole joined their cousin Jaymi Toole in 2015 to form Little Quirks, a band in which they simply wanted to “write and play music that was fun to sing”. And listening to their lively brand of folk pop, it’s hard not to sing along with them.

Little Quirks’ first EP ‘Where We Hide’ was released in 2016, followed by a second titled ‘Suzie Knows’ in 2017. Last year the band released two extremely catchy singles, ‘I Told You So’ and ‘Crumbled’, the latter already clocking up nearly 1 million streams on Spotify.

From busking at farmers markets the band quickly leap frogged onto stages supporting the likes of Tim Rogers, All Our Exes Live in Texas, Alex the Astronaut, Jack River, Busby Marou, and Xavier Rudd. Their live show is staggeringly energetic for a young folk band. It moves from epic to sweet in a heartbeat drawing comparisons to the likes of Mumford And Sons, The Lumineers and First Aid Kit. The three work together in a lively fashion with drummer Mia pounding a relentless beat behind the rhythmic of strums and sways of Jaymi (mandolin/vocals) and Abbey (guitar/vocals). All three singing in blissful harmony.

The recent addition of cousin (of course!) Alex on bass completes a potent lineup that will delight one and all at Port Fairy Folk Festival, Mountain Sounds and National Folk Festival in the coming months.